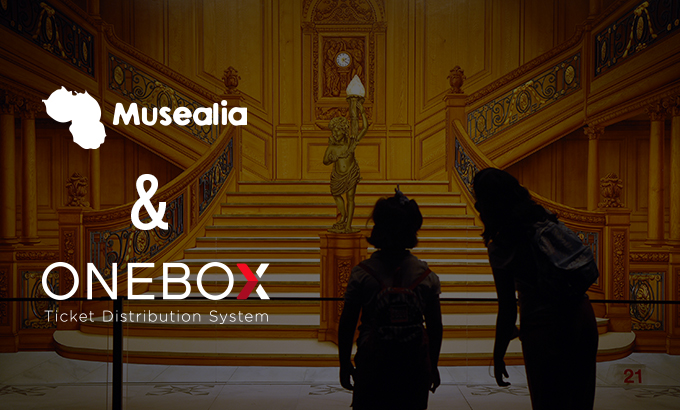 This past 6th of March, our first great adventure with Musealia Entertainment ended. For the entire Onebox TDS team, it has been a fantastic experience to manage the sale of tickets to an exhibition that has broken its own record, being visited by almost 200,000 people in the five months it has been open to the public in Madrid.

The international exhibition Titanic The Exhibition, owned by the Spanish company Musealia Entertainment, has broken all its records during its stay in Madrid. At the end of its voyage” in the capital, last Sunday, March 6, it had received the visit of almost 200,000 people, becoming one of the more affluence exhibitions of the city.

During its stay period in the exhibition hall of the Fernán Gómez Cultural Center of Madrid, the Titanic The Exhibition received a daily average of 1225 people, 1714 at the weekend and 1706 on Mondays, the day of the spectator. This way, most Fridays, Saturdays, Sundays, and Mondays had been sold out. The figures confirm that this informative exhibition has generated a strong interest in its audience.

The exhibition, the most important and definitive of many that have been made about the mythical ship, has brought to Madrid its reproductions of interior parts of the ship and about 200 original objects of the Titanic, some of which have been exposed for the first time to the public, revealing unknown stories of the ship.

In addition, during the period of stay in Madrid, the Cultural Center Fernán Gómez, had a scientific-cultural program about the universe that surrounds the figure of the transatlantic. Literature, cinema, gastronomy, the Spaniards who traveled on the boat or the music that sounded on the night that the ship sank, were some of the topics that the locals have been able to learn thanks to the talks and conferences programmed from October to February.

During next spring Titanic, The Exhibition will continue with its world tour, which has already taken place in Berlin, Stockholm, Copenhagen, Kiev, Guanajuato (Mexico), Barcelona, Halmstad (Sweden), among others. The Titanic The Exhibition has already been visited by nearly two and a half million people around the world.

Ana Asuero (@aasuero) is the Marketing Manager in Onebox TDS. Specialist in product marketing, digital marketing and corporate communication. Before joining Onebox TDS worked as marketing manager in Spain&Latam and Corporate Communications manager at Zyncro. She has extensive experience in institutional corporate communication projects and event organization. Previously she worked in media planning, strategies in advertising campaigns and audience analysis.

This site uses Akismet to reduce spam. Learn how your comment data is processed.